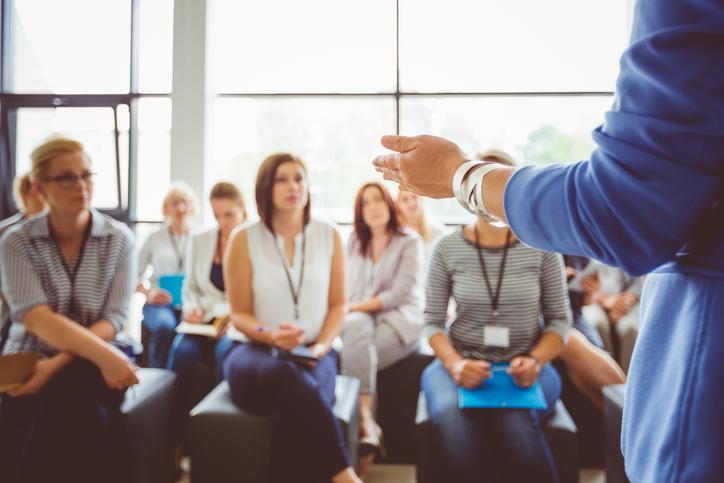 Employees in workplaces throughout Connecticut now have the legal right to refuse to be subjected to their employer’s political, religious and anti-union messaging. A new state law bans mandatory employer-sponsored meetings, often called “captive audience” meetings, which companies have historically used to deter employees from trying to organize.

“An Act Protecting Employee Freedom of Speech and Conscience,” which took effect July 1, makes it unlawful for Connecticut employers to discipline or fire an employee or to threaten firing or any form of discipline when an employee refuses to attend a mandatory meeting whose purpose is to communicate the employer’s views on political or religious issues. A key objective of the law is to stop captive audience meetings designed to dissuade unionizing. Such meetings fall into the “political” category.

Employees who are unlawfully disciplined or terminated for refusing to attend these meetings have the right to sue their employer. If successful, employees can recover damages, including lost wages as well as attorney’s fees and litigation costs. The Department of Labor may also fine the employer $300 per violation.

Employers are still allowed to hold meetings where political or religious topics will be discussed but attendance must be truly voluntary. There can be no explicit or implied threats that failing to attend a meeting could result in adverse consequences.

In addition to captive audience meetings regarding unionizing, companies are also banned from requiring employees to listen to or read the employer’s opinion on other political topics, including:

Connecticut’s business community lobbied hard against this legislation, arguing that banning captive audience meetings violates employers’ free speech rights. Businesses also argued that because federal law allows such meetings, the state could not pass its own law banning them. Employers and their powerful law firms are likely to challenge the new law in court, most likely advancing the same arguments.

At Gesmonde, Pietrosimone & Sgrignari, L.L.C., our attorneys have spent decades fighting for workers’ rights in Connecticut and we look forward to representing employees who need to assert their rights under the new law.

For more information about the law or to speak with an attorney about any employment law concern, please call our Hamden or East Haven office at 203-745-0942 or contact us online to schedule a consultation.