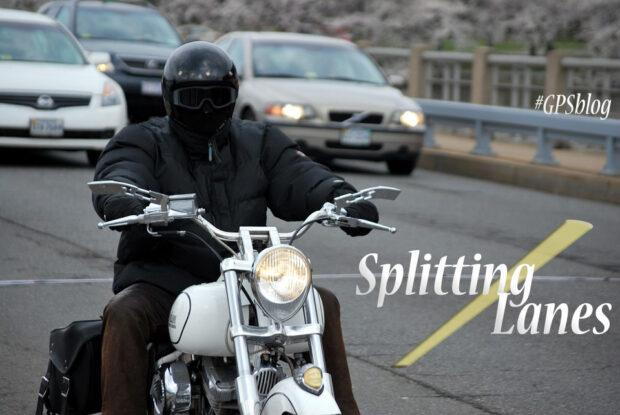 Senator Cathy Osten (D) from Sprague, CT has proposed a law (Proposed Bill #629) that would allow motorcyclists to ride between lanes in congested traffic. What this means for you and I is, disaster.

While you are moving in heavy traffic keeping track of the car tail gaiting you, the car to your right whose driver is on the phone, the tractor trailer that is to your left where it does not belong and the innumerable vehicles in front of you who don’t even realize they are on a highway, you will have to also worry about the cyclist coming up through all this traffic on either your left, right or both sides between the lanes. The end result is that you no longer have to keep track of three lanes, yours and the one on either side of you, but five lanes, yours, the painted lanes on either side of you and the motorcycle lanes in between. This would work well if these lanes were like the train tracks at King’s Cross Station in the Harry Potter movies where the “in between” lanes existed in another dimension, or a vehicle could magically shrink to fit between lanes, but it’s not. (YouTube Link: Harry Potter Knight Bus - Watch from 3:55).   This is reality and the drivers on our roads need to muster all the energy they have to text, make phone calls, watch videos, play bugles, type on computers, shave, and apply makeup, oh and also pay attention to the road while driving, adding two more lanes (one on each side) to keep track of is asking the impossible.

If a cyclist splits a lane now that results in an accident the cyclist is at fault because they have violated the law. If this proposed law is passed, it’s your fault if for no other reason than your vehicle is bigger than theirs and you have insurance. That is not the law, but that is the reality.

The other reality is that this happens anyway without the law. I venture to say that it happens much less than it would if the law was in place because it is illegal and all liability will land on the cyclist, but I believe “licensing” this behavior is a breeding ground for accidents, injuries and litigation. Normally, as an attorney, I would be all for it, but in this case I foresee too many innocent victims to the reckless decisions of cyclists and increased insurance premiums all around.