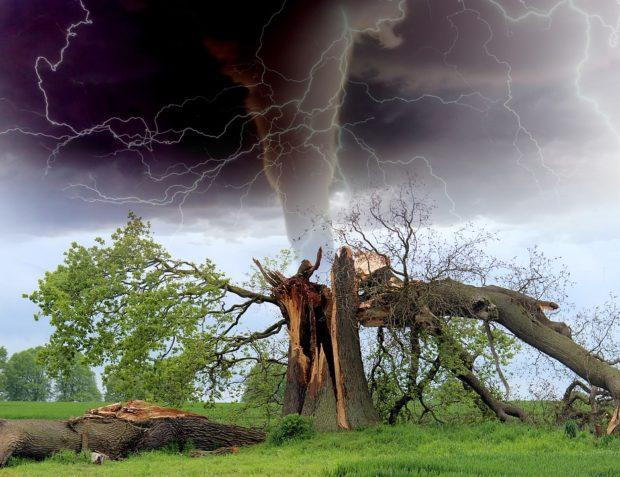 Last week brought about an intense storm to some areas of the state, including the town of Hamden where our office is located. The storm brought about at least five confirmed tornadoes and macrobursts, with devastating winds.  These storms caused significant damage to our town and other areas in the state, from numerous trees and power lines down, to power outages and property damage.  There was so much damage caused by downed trees that Sleeping Giant State Park may not be able to reopen until sometime in the fall.

Tons of large, older trees fell on homes and vehicles, presumably resulting in numerous insurance related claims in this state. When the tree falls on a motor vehicle, the claim gets submitted as an auto insurance claim under your own policy, which will result in a deductible being paid.  The only way the claim might fall under someone else’s policy would be if you were able to demonstrate that the owner of the tree was somehow aware that the tree was in danger of falling down and/or the owner had been placed on notice of same.  If so, your insurance carrier could always pay the claim and then seek reimbursement through the tree owner’s insurance by way of subrogation, which could include a recovery of your deductible.  If there is no such issue of fault, then the claims would typically go through your own insurance and are essentially treated as an act of God.

Similarly, when the tree falls on a home, the claim would be submitted under homeowner’s insurance, which would result in a deductible being paid. Similar to the automobile claims referred to above, the only way the claim might be covered under someone else’s policy if there was an issue of fault for the fallen tree.  Furthermore, when the trees cause property damage, the policies might cover at least a portion of the tree removal costs.  Tree removal costs when there is not associated property damage from the fallen tree is not usually covered under a homeowner’s policy.

If you are uncertain as to whether a tree might pose a risk to either your own property or someone else’s property, then the best practice would be to have a tree expert assess the trees on your property. You only possess control over trees that are located on your own property, but if you have a concern about a tree located on a neighbor’s property, then the best practice would be to set forth those concerns in writing, so that your neighbor would be sufficiently on notice of any such potential dangers. We hope that everyone stayed safe during the storm!!