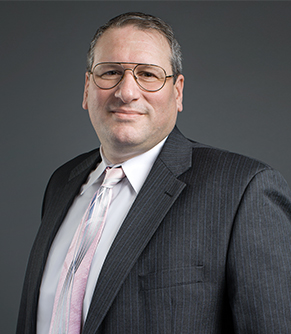 Attorney Crisci has been a general practitioner of law in Connecticut since 1991. His practice has included Commercial and Residential Real Estate, Business and Business Law, Landlord and Tenant representation both in and out of court, Wills and Estate Planning, Probate, Personal Injury, Title XIX/Medicaid, Elder Law and Worker’s Compensation. His practice focus is now more on Wills and Estate Planning, Probate, Elder Law and Title XIX/Medicaid areas. His clients have always been complimentary of the ease of access to him for advice and legal counseling and he continues to have a substantial and diverse following of clientele.

Attorney Crisci’s experience began long before he became an attorney. He grew up working in his father’s butcher shop, Interstate Beef Co., on Grand Ave, New Haven, CT where his business common sense, work ethic and savvy were stimulated and nurtured. After graduating Law School he worked a short stint as a per diem court clerk until he was hired by a prominent East Haven Law Firm in 1992. His practice covered much of the areas he still practices and more. He became partner in that firm fairly quickly and remained there until 2001. In 2001, he ventured out on his own and opened the Law Office of Louis A. Crisci, Jr. He successfully continued his general practice for over 13 years until he joined Gesmonde, Pietrosimone & Sgrignari, LLC in 2015 and enjoys the ongoing support and loyalty of hundreds of clients.

Attorney Louis Crisci is admitted to practice in both Connecticut State Court and the United States District Court for Connecticut.

Attorney Crisci is a lifelong resident of New Haven County, Connecticut. He grew up in Branford, CT, and graduated from Notre Dame High School of West Haven in 1983. He then attended Fordham University in the Bronx, where he majored in Political Science and minored in Philosophy. He graduated in 1987 with a Bachelor of Arts Degree. He took a one year hiatus and joined the workforce as a laborer during that time until he began his studies at Quinnipiac College School of Law. He graduated in 1991, married his wife Kris in 1993 and continues to reside in East Haven with his wife and three children, Louis P., Joseph M. and Julia N. Crisci.

See our profile at Lawyers.com or Martindale.com