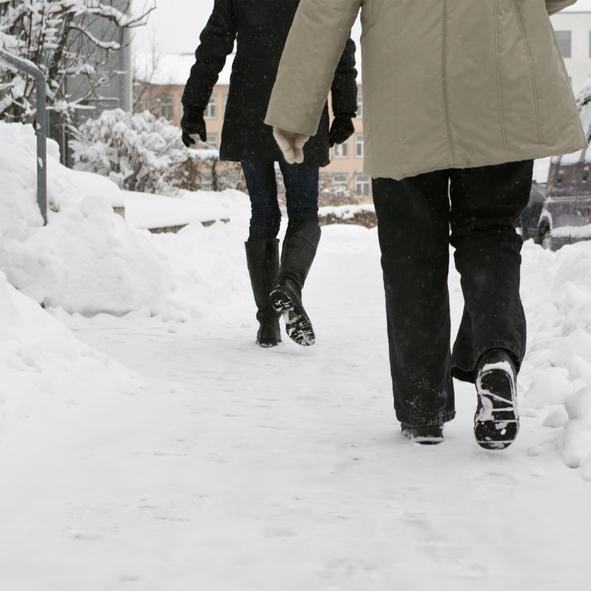 When snow and ice cover sidewalks, driveways, parking lots and other places used by pedestrians, the chances of slipping and falling increase greatly. Property owners have a duty to keep such areas clear of ice and snow, but Connecticut law makes an exception for “ongoing storms.” Owners do not have to clear ice and snow as it accumulates. They are allowed a reasonable time after the storm ends to do so. Now, a Court of Appeals decision has enlarged that exception, making it more difficult for slip-and-fall victims to recover compensation for their injuries.

The court ruled, in Belevich v. Renaissance I LLC, that plaintiffs have the burden of proving there was a genuine issue of fact as to whether a slip and fall resulted from an icy condition that existed before the storm began and whether the property owner should have been aware of it.

The plaintiff, Robert Belevich, was injured when he slipped and fell on black ice while walking through the defendant’s parking lot in New Haven. Because he admitted that snow was falling at the time he fell, the trial court granted summary judgment for the defendant based on the “ongoing storms” doctrine. On appeal, Belevich argued that the defendants should have been required to demonstrate that the ongoing storm produced the black ice on which he fell.

The Court of Appeals disagreed and adopted the following approach used by New York courts in deciding whether a defendant is entitled to summary judgment:

The court found that Belevich had submitted no evidence to meet his burden. In fact, his deposition showed that he did not know how long the black ice had been there and that he had no idea how thick it was.

This added burden on the plaintiff to show that an accident was caused by pre-existing snow or ice means it will be more difficult to avoid summary judgment in slip-and-fall cases. Pedestrians will have to produce objective evidence of the pre-existing condition, which can include weather reports, expert testimony and other relevant data.

At Gesmonde, Pietrosimone & Sgrignari, L.L.C., our attorneys have extensive experience in slip-and-fall cases and can help you meet the legal requirements for recovering compensation. Call 203-745-0942 or contact us online to speak with an attorney at our offices in Hamden or East Haven, Connecticut.