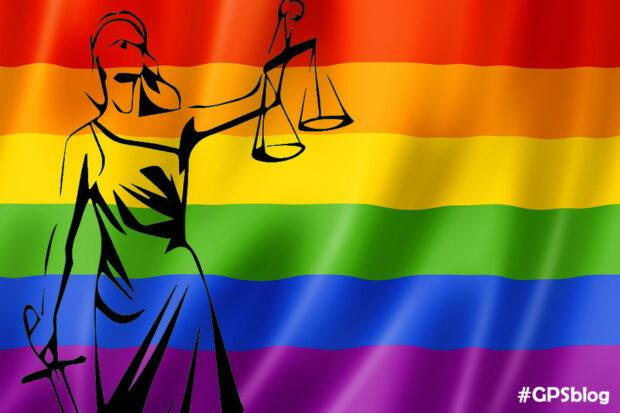 June is Pride Month and an opportune time to talk about laws affecting the LGBTQ+ community.

The purpose of Pride Month is to raise awareness and celebrate the progress reached thus far. But it is also a time to recognize the existence of impediments to achieving full equality and to come together to create a solution to those impediments. In the United States, Pride Month is celebrated in June to commemorate the Stonewall Riots which occurred 50 years ago in Greenwich Village, New York. During the 1950s and 1960s, very few establishments welcomed openly gay individuals and those that did were routinely raided by the police. On June 28, 1969, the Stonewall Inn was the target of one such raid which was followed by a series of protests and riots, ultimately resulting in the formation of LGBTQ+ organizations and newspapers, and the birth of activism for the equality of members of the LGBTQ+ community. The Stonewall Riots are credited as the impetus for modern day LGBTQ+ rights.

Two United States Presidents have recognized June as Pride Month by issuing official proclamations – Bill Clinton in 1999 and 2000; and Barack Obama from 2009 – 2016. Pride month is celebrated throughout the world, though not necessarily in June. Russia celebrates in May to commemorate the anniversary of the country’s decriminalization of homosexuality, which occurred in 1993.

Laws regarding employment discrimination based on sexual orientation in the United States vary by jurisdiction. For example, although there is no federal statute explicitly addressing the issue, the U.S. Equal Employment Opportunity Commission held in 2015 that claims of discrimination on the basis of sexual orientation necessarily state a claim of discrimination on the basis of sex and, consequently, fall under the protection Title VII of the Civil Rights Act of 1964. See Baldwin v. Dep’t of Transportation, EEOC Appeal No. 0120133080 (July 15, 2015). Federal appeals courts have generally found Title VII to exclude sexual orientation discrimination, with the exception of New York and Chicago who recently issued opinions following the EEOC’s interpretation. In April 2019, the United States Supreme Court announced that it will decide three cases that should determine the extent of the protections of Title VII in this context once and for all.

Approximately 20 states have enacted their own laws prohibiting discriminatory behavior including bias in hiring, promotion, assignment, termination, compensation and harassment in the employment context, including Connecticut (which is also the second state in the U.S. to legalize same-sex marriage). Further protection is needed at the Federal level, though. The Equality Act, a bill currently before the U.S. Senate, would amend the Civil Rights Act to include a prohibition against discrimination on the basis of sexual orientation and gender identity. If passed, the Act would prohibit discrimination in employment as well as housing and public education, among other things.

If you believe you have been the victim of discrimination, contact an attorney to learn about your rights. If you are interested in learning more about the Pride events in your community, check out www.CTVisit.com.