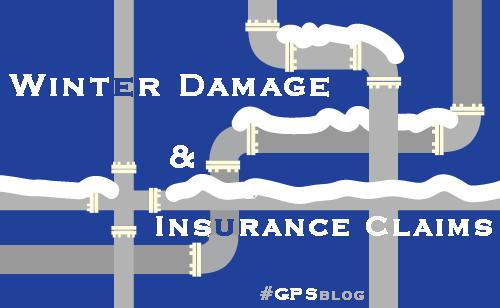 The wind is howling, the snow is falling and the temperatures are dropping, all of which means that your homes are potentially susceptible to frozen pipes, ice dams, power outages and/or roof collapses, all of which could be devastating and/or cause a substantial amount of damage to your home.

If the temperatures drop severely, or if electricity is lost, you could potentially have an issue with burst pipes. While generators, monitoring the pipes and/or slowly running the faucets could all help prevent frozen pipes, it is inevitable that some pipes will freeze up under extreme conditions.  A standard homeowner’s insurance policy will typically cover the damage caused by the burst pipes, subject to the policy’s deductible.  The claim should be reported immediately, although action should also be taken by the homeowner to mitigate any damages, while noting that any damaged property, whether building damage or personal property damage, should also be made available for inspection by an insurance adjuster.   The homeowner should also maintain receipts for any damages repaired and/or for any additional living expenses in order to be reimbursed for same.  Please note that some insurance  policies may not cover the cost to replace the broken pipes, but may only cover the cost of the damage caused by the broken pipes.  Also, if the home is vacant, not properly winterized, and/or the home is not properly cared for in the event of a power outage, there could be certain exclusions set forth in the policy.

Ice dams are another type of loss that could cause damage to the interior or exterior of the home during this time of the year, which could result in damage to the interior walls, ceilings, insulation, and/or damage to personal property. While clearing the gutters and/or removing snow from the roofs could help prevent ice dams from building up, they can still be inevitable during extreme weather conditions.  Typically, the insurance policies will cover the damage caused by ice dams, such as interior water damage, mold and mildew and any exterior damage to the roof, although exclusions can apply for things such as the homeowner’s failure to maintain the gutters and roofs, prior water damage, etc.  As noted above, the homeowner should maintain any receipts for any damages that are repaired and/or for any additional living expenses in order to be reimbursed for same.

Another concern with heavy snowfalls and ice dams is the potential for roof collapses, particularly when a substantial amount of snow or ice dams build up on the roof or for those with flat roofs. While homeowner’s policies will typically cover sudden or accidental roof collapses, there could be exclusions for things such as older roofs, failure to maintain the roof or gutters, prior damage, etc.  The best practice is to maintain the roofs and gutter lines by removing any substantial snowfall with roof rakes or other means, and by clearing the gutters or snow, ice and debris, when possible.

See also http://www.ct.gov/cid/cwp/view.asp?a=3299&Q=493512 for additional resources to prepare and protect your home against winter risks from the Connecticut Insurance Department.